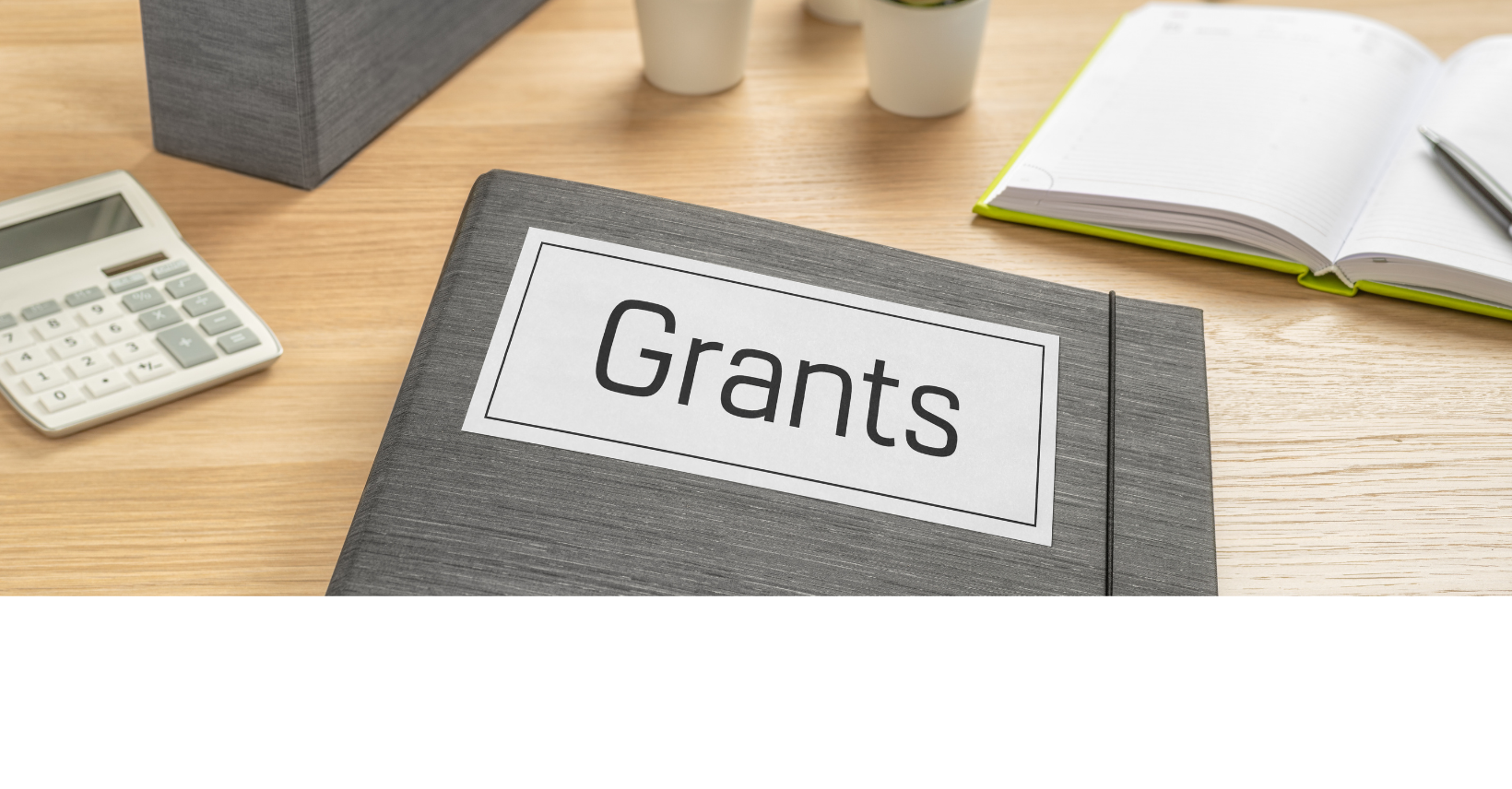 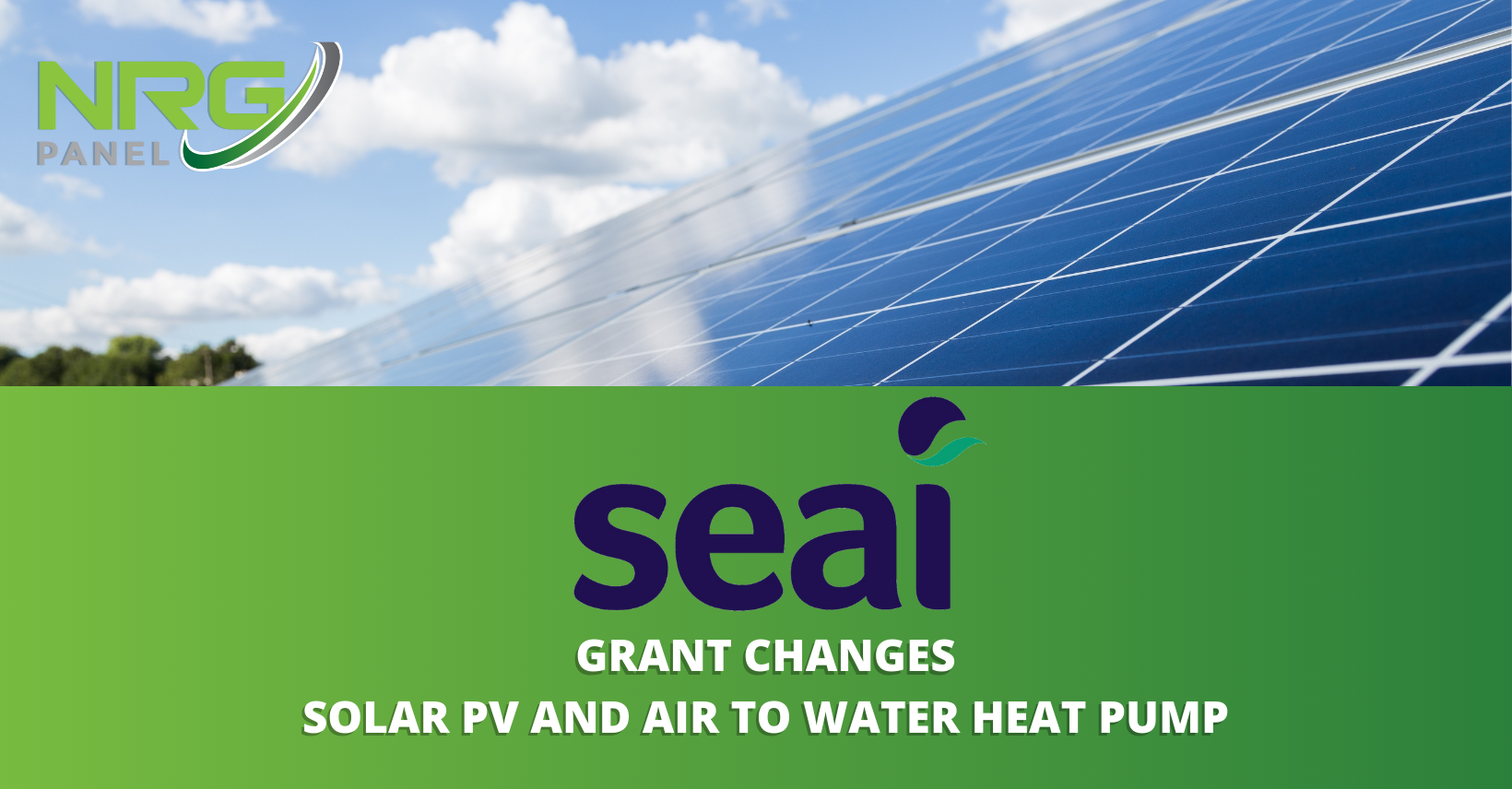 Great news all around on the SEAI grant incentives. As of the 16th February, 2022 grant amounts have been increased and eligibility requirements have been lessened across the board.

This is a really positive move by the SEAI enabling us to move into a more sustainable future together and making renewable energy more accessible to the average homeowner.

Although renewable energy products are a no-brainer, even without SEAI grants!

It could be that you just want to reduce your bills or have a home that is warm all the time or maybe you are more enticed by the idea of doing your part for the environment and reducing your carbon footprint by installing renewable energy products in your home. Whatever it may be renewable energy is the best way to achieve this.

There are lots of changes to grants on the SEAI website and you can see a full list of them here!

However, for this article, let us dig into what is relevant to NRG Panel customers. Namely the solar PV and air to water heat pump grants and what changes you need to know about. 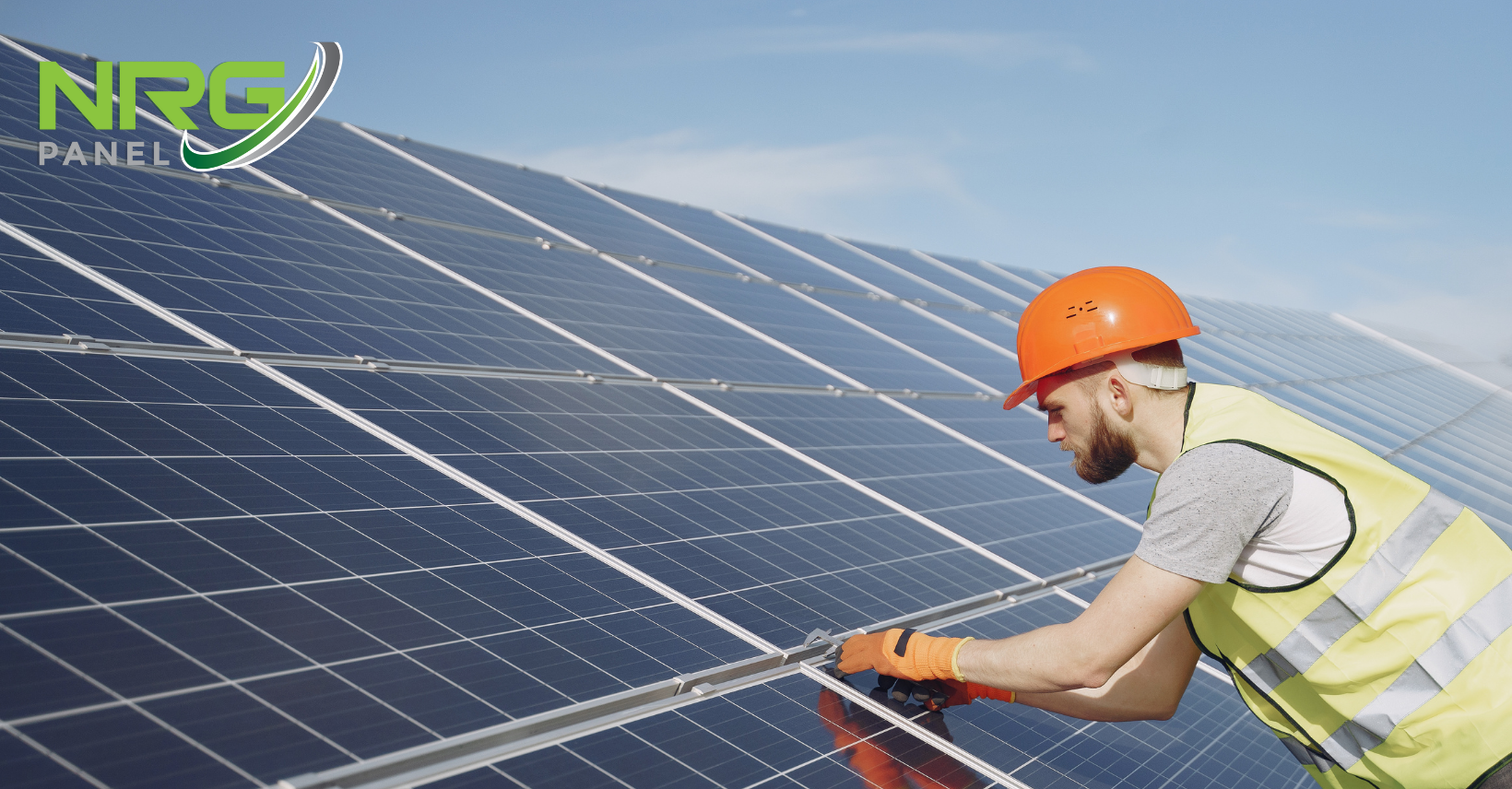 Some interesting changes on this grant, previously the grant for solar PV was €900 per KWh and was capped at 2kwh without a battery. There was then a €300 grant for each additional kWh once you added a battery to the system and this was capped at 4kwh. There was also a €600 grant for the battery available to the residential homeowner.

This meant that the maximum grant aid for panel only installation was €1,800 and the maximum for panels and battery was €3,000.

Another eligibility requirement was the fact that homeowners needed a BER  rating of C3 or higher after installation and the grant was only available to homes that were built before 2011.

As of February 2022, the solar PV panel-only grant will not be capped without a battery and the grant for a battery will be removed to make way for the microgeneration scheme due to come into play later this year.

This means that the homeowner will be able to get paid for any surplus energy they send back to the national grid, we are yet to hear how this will be regulated or more importantly the price per unit but we do not doubt that it will be a positive move when it is rolled out.

€300 for every additional kWp up to 4kWp

All homeowners, including landlords, whose homes were built and occupied before 2021 can apply. This is defined as the date your electricity meter was installed. 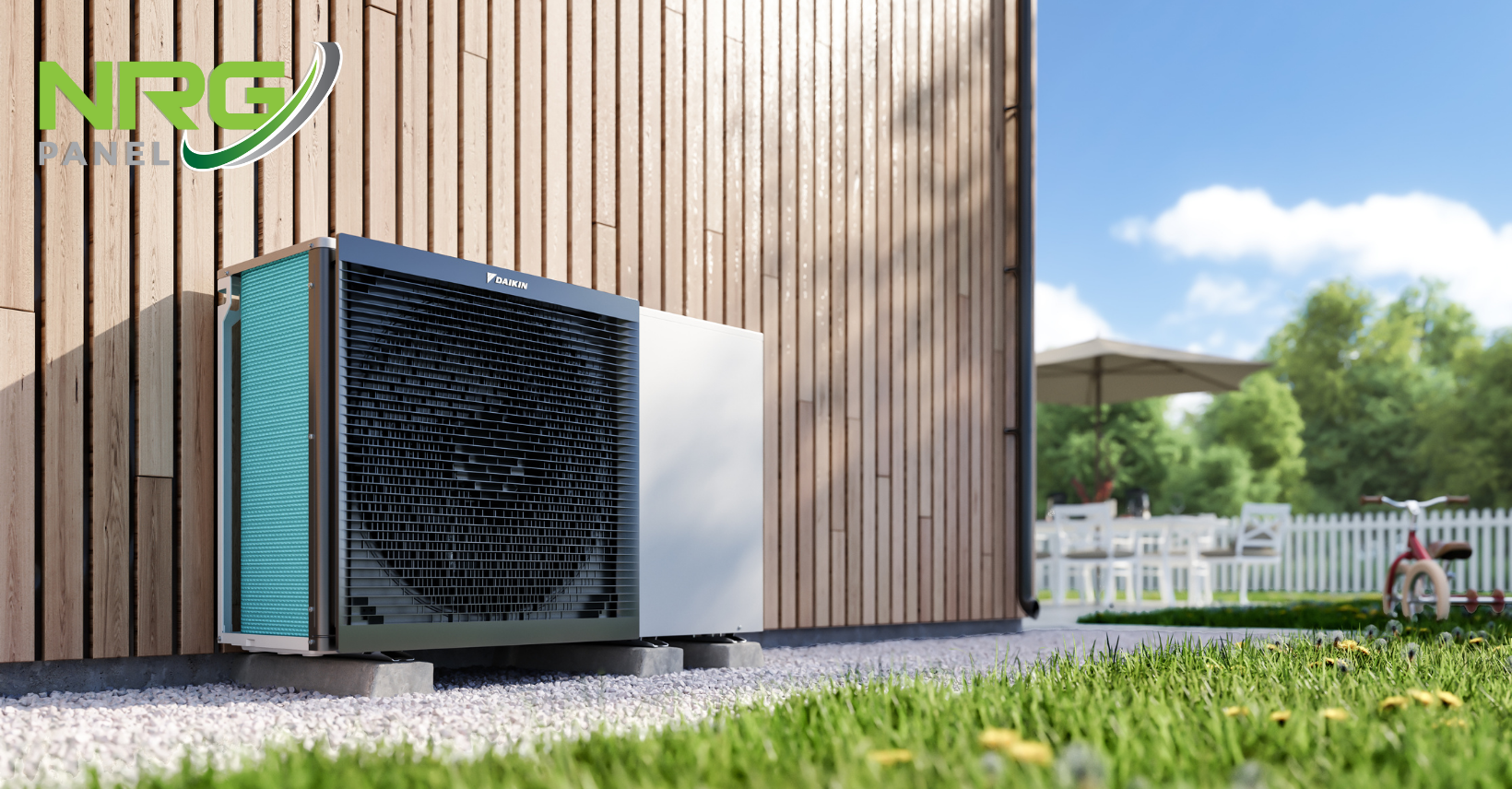 The grant changes on this one took us all by surprise, there have been enormous increases to the air to water heat pump grant which is great news for all residential homeowners.

Previously, there was a grant aid of €3,500 for an air to water heat pump installation. This was exclusive to those whose homes were built before 2011. Those that fell into this bracket also needed to have some retrofit works on their home as in order to be successful in their grant application they needed to have a low heat loss indicator.

A heat loss indicator (HLI) is calculated using the total ventilation and fabric losses for the house divided by the dwelling total floor area. SEAI requires that the HLI must be below, 2 Watts/Kelvin/m2.

All homeowners, including landlords, whose homes were built and occupied before 2021 can apply. This is defined as the date your electricity meter was installed. To qualify the home must also have a technical assessment with a HLI of less than 2 Watts/Kelvin/m2. 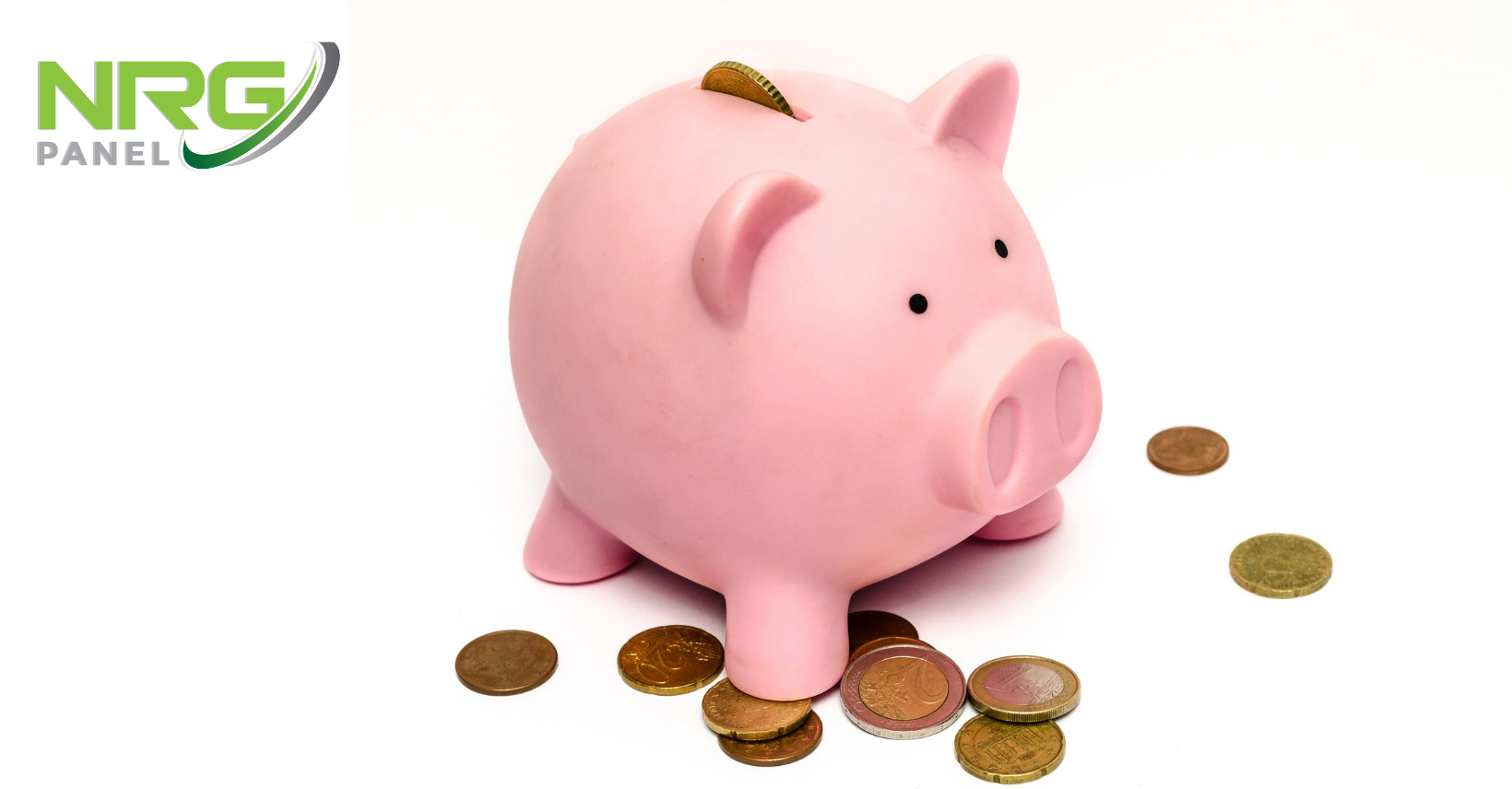 A technical assessment is required to find out if a home is grant eligible for a heat pump and this is at the expense of the homeowner.

However, the SEAI are offering a €200 grant towards the technical assessment of your home. This grant is only payable in conjunction with the heat pump system grant.

If you have never had a BER done on your home, you may also be entitled to a €50 grant aid for your BER assessment.

More good news is that NRG Panel is an energy efficiency partner of Electric Ireland so you may also be eligible for energy credits once you have upgraded to a heat pump. Our team will be able to apply for those on your behalf and this could result in additional savings of up to €1,290.

Fancy learning a little more about how our products can save you money and what you might be entitled to?

Why not book a free consultation with one of our energy experts who are happy to assist with any questions you may have. You can use our handy calendar which means that you can choose a time that suits you.